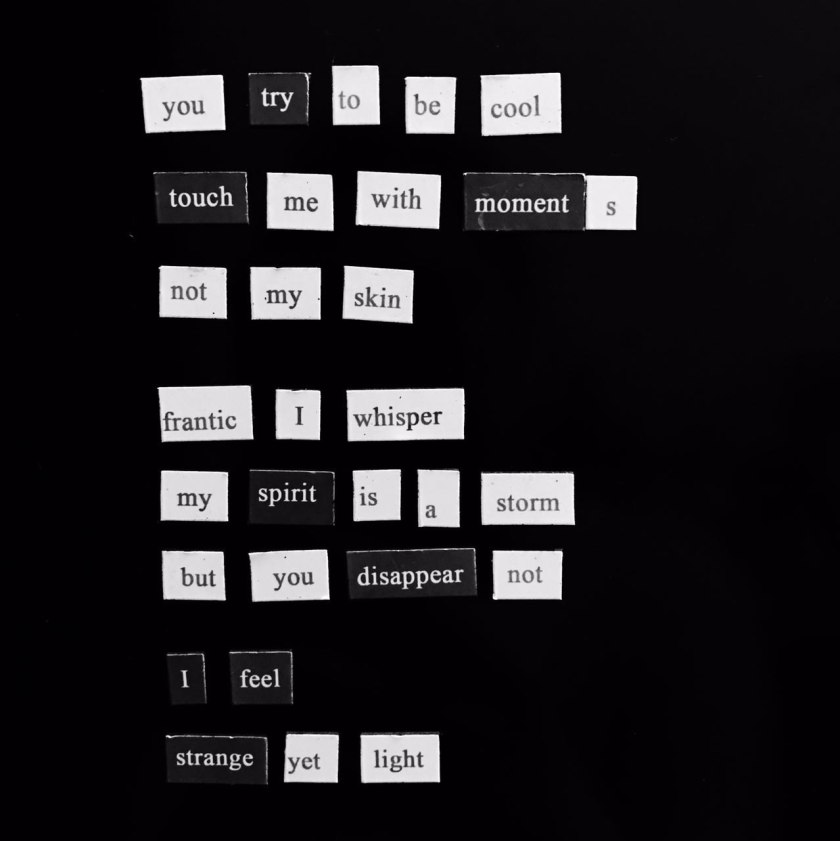 It’s been so long since I’ve “written” anything with my magnets. So many times, I would sit there staring at all the words and come up with nothing. There was nothing that inspired me and there was nothing to be said. But finally, FINALLY, something came to me.

I woke up at 3AM this morning. I tossed and turned for a good hour before deciding to just give up and get up . I decided to plan my week and catch up on some writing. This year, I decided that I was going to start writing in a journal again but the catch is I wouldn’t just write whenever I had something to say. This year, I will write about every single day of 2017 and haven’t missed a single day so far.

It was while writing that it came to me. I pulled up a chair and stared at all the words once more. I slowly weaved them together until they made sense. I felt triumphant and relieved that I finally got it off my chest.

March, like every month that came before it, was tough on me but it gave me something the others did not: laughter. I laughed and cried so much in March. It started off difficult but redeemed itself in its last days. I met old and new friends. I experienced and learned new things. I finally got back on the mat and my practice is slowly steadying itself like before. Life is good and I’m hopeful for the months to come.